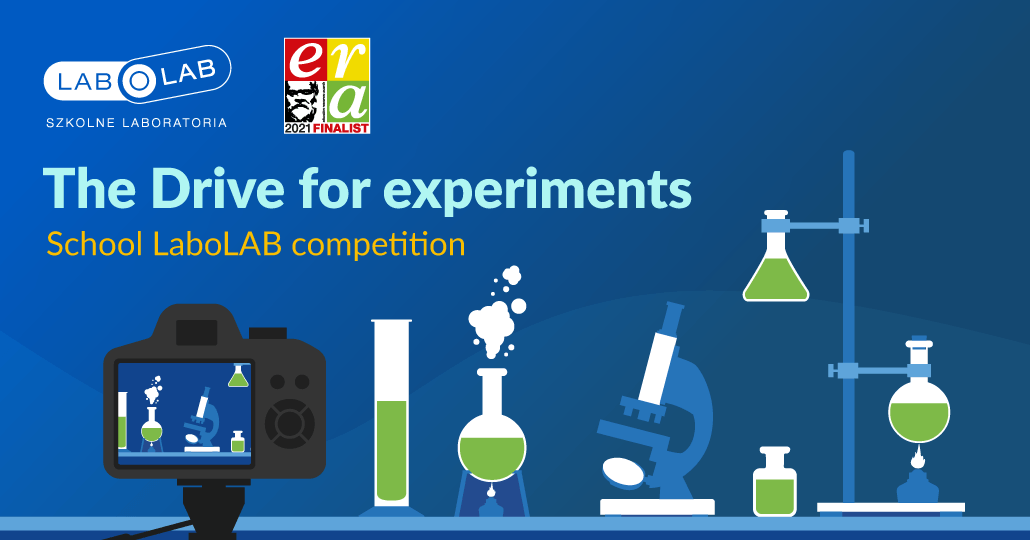 LaboLAB – one of the best marketing campaigns in the education sector

Nakręć się na eksperymenty – Szkolny konkurs LaboLAB (The Drive for experiments – School LaboLAB competition) is a modest marketing campaign developed by Learnetic, a company from Gdańsk. Despite its simple premises, the campaign has gained wide acclaim in Poland, and now also worldwide! The campaign entered the finals of this year’s  Education Resources Awards competition in the Marketing Campaign of The Year category.

Education Resources Awards are one of the most highly valued competitions, awarding not only high-quality education resources, but also organizations, companies, people and other events with a tangible impact on the quality of education and everyday work of students and teachers. In this year’s edition, the jury assessed candidates in 22 categories, including candidacies for the best marketing campaign in the education sector.

Premises behind the campaign

Nakręć się na eksperymenty – Szkolny konkurs LaboLAB (The Drive for experiments – School LaboLAB competition) is a campaign developed by Learnetic as part of the market launch of LaboLAB module sets for natural science laboratories. The campaign has assumed the form of a free-of-charge film competition.

In the first stage, more than 200 schools sent their applications. The winners were presented with selected LaboLAB sets, and were given an opportunity to participate in the second stage, in which they were required to record short videos promoting the experience-based learning model, using the equipment and lesson plans available in LaboLAB sets.

Winners of the second stage were chosen by the viewers. The key criterion was the number of ‘thumbs up’ under all videos uploaded by a particular school over a given period. Winning schools were presented with cash and in-kind prizes, i.e. multimedia devices and state-of-the-art educational software.

During the four-month second stage, schools participating in the finals recorded a total of 59 videos, making up nearly two hours of video material. The competitors were eagerly supported by Internet users, who viewed the videos more than 30 thousand times and cast more than 11 thousand votes.

After the winners were chosen, representatives of Learnetic visited the schools to present the awards, congratulate the participants and talk about the competition. Teachers and tutors emphasized many times that participation in our initiative was an exciting adventure, yielding many benefits also in the sphere of nurturing their students.

Sylwia, a school tutor in Starachowice, said that her students had been getting on with each other better than ever while working on competition videos. According to her, they would stay after class, or even meet on weekends, to write scripts and shoot scenes.

Magdalena, a teacher from Tarnów, said that when working on the videos, her students had discovered new interests and talents. One of the students learned editing films, and another wants to be a camera operator and work in film industry in the future.

The results of ERA 2021 will be announced on May 21st. Keep your fingers crossed!

mTalent in the Education Resources Awards Final 2021
Scroll to top